Highlights from a successful year of Fine Art sales 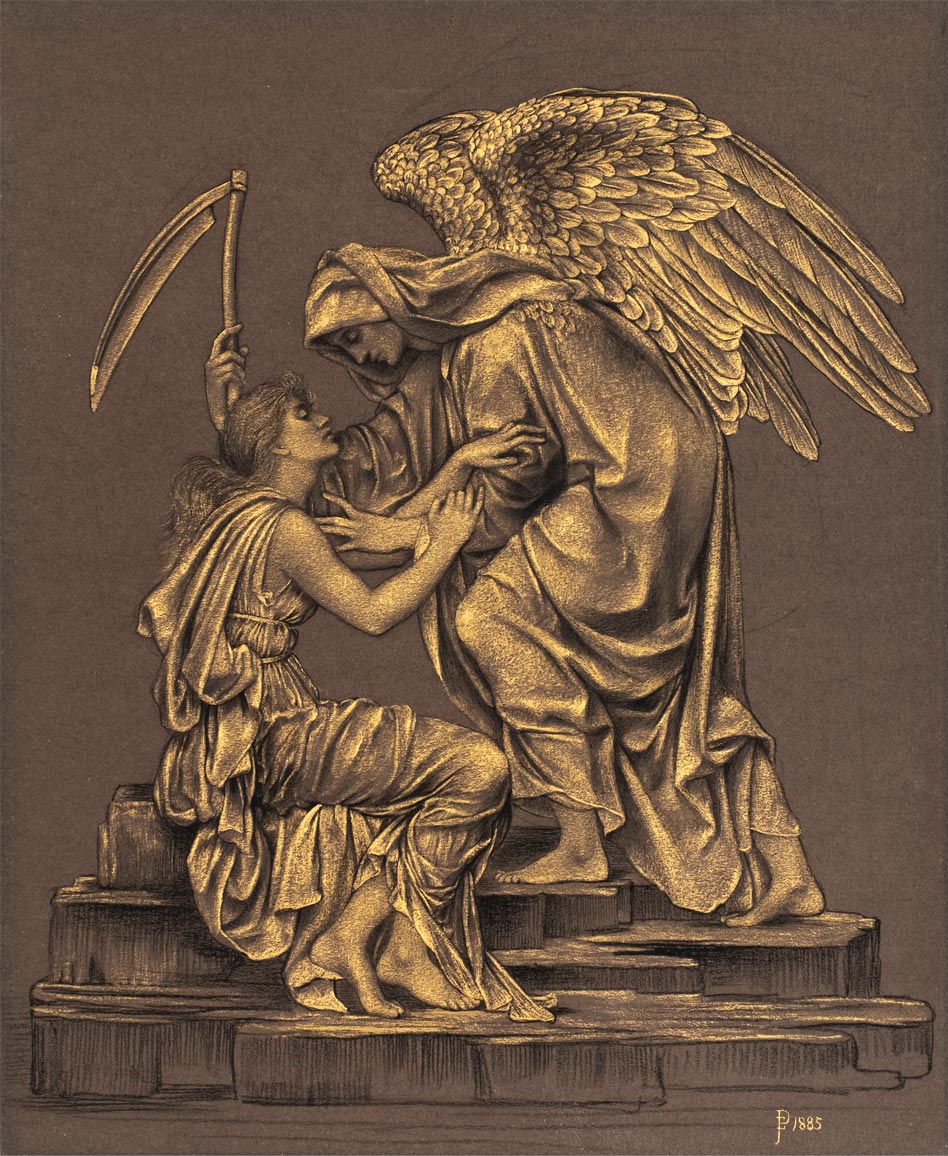 The remarkable study (above) executed in gold pastel by Evelyn De Morgan (1855-1919) set a new high for a drawing by this artist at auction. The Angel of Death, believed to be the first work in gold pastel by the artist ever to appear at auction was offered in our November 8th Fine Art sale. Part of a 16-lot selection of drawings and sketches by the same artist, the works were consigned by a collector of Pre-Raphaelite painting. Estimated at £8000-12000, it drew interest from private collectors and major dealers alike, and was eventually sold at £39,000 (plus 24% buyer's premium) to a London-based agent acting on behalf of a private client. The price represents a significant increase in the previous highest auction record for a De Morgan drawing, understood to be the £14,000 paid at Christies, London, in June 2015 for a black and white chalk drawing.

This remarkable success followed in the wake of other significant Pre-Raphaelite and modern works offered by Dominic Winter Auctioneers during 2018, including the impressive £7,800 (plus 24% buyer's premium) paid in July for a fine watercolour by the early 19th century artist William Turner of Oxford (1789-1862), £36,000 (plus 24% buyer's premium) secured for the Austrian artist Herbert Gurschner's major triptych, The Altar of Life, of 1938, and the keenly contested etching by David Hockney entitled My Bonnie Lies Over the Ocean, 1962, which flew to another likely world record for this print of £16,000 (plus 24% buyer's premium), against an estimate of £5000-8000. Further Pre-Raphaelite works will be offered in 2019, including an oil painting by Emma Sandys (1843-1877), portraits by Herbert Gurschner, and modern British works of art. Our next Fine Art sale take place on March 7th 2019.