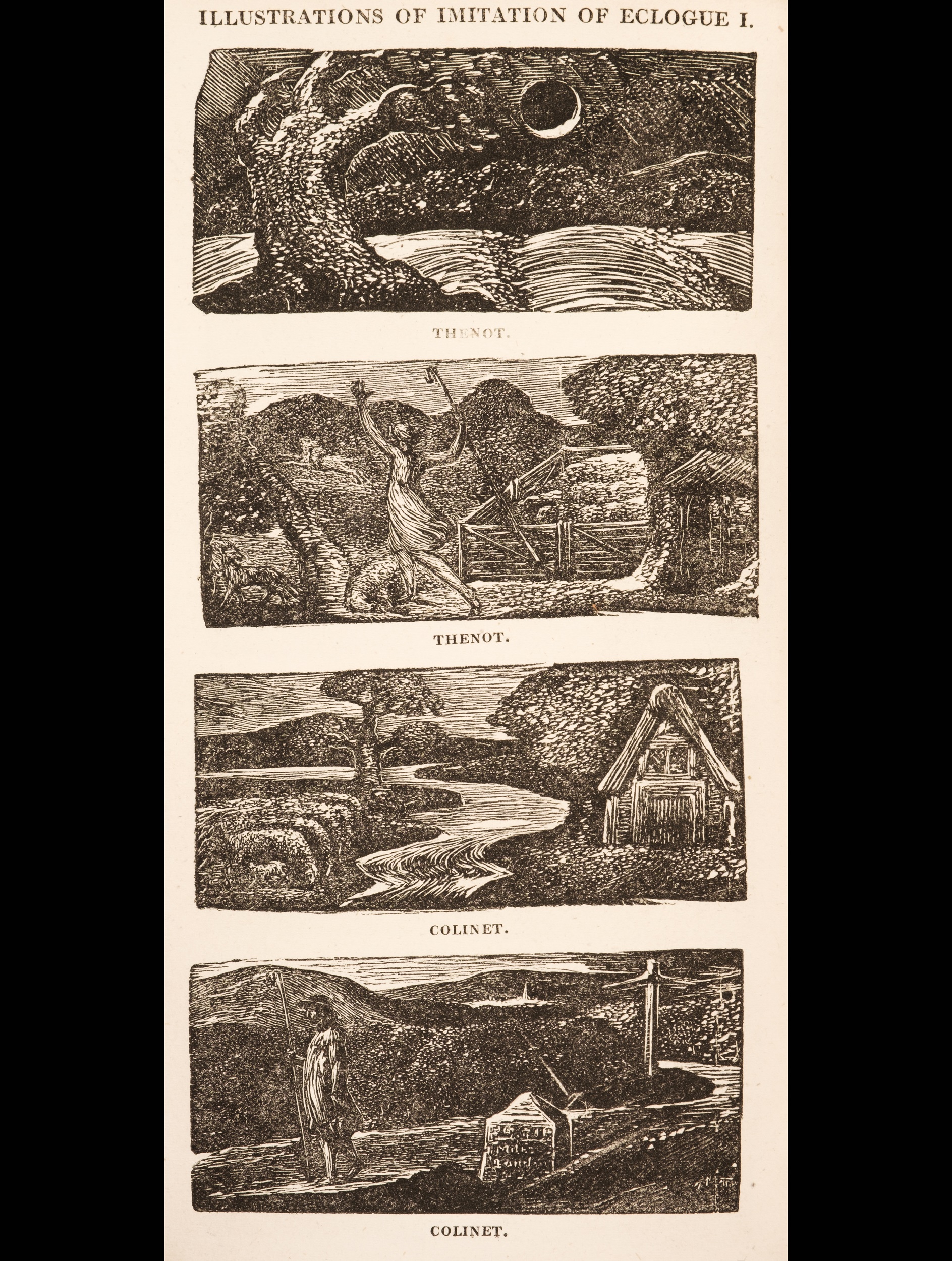 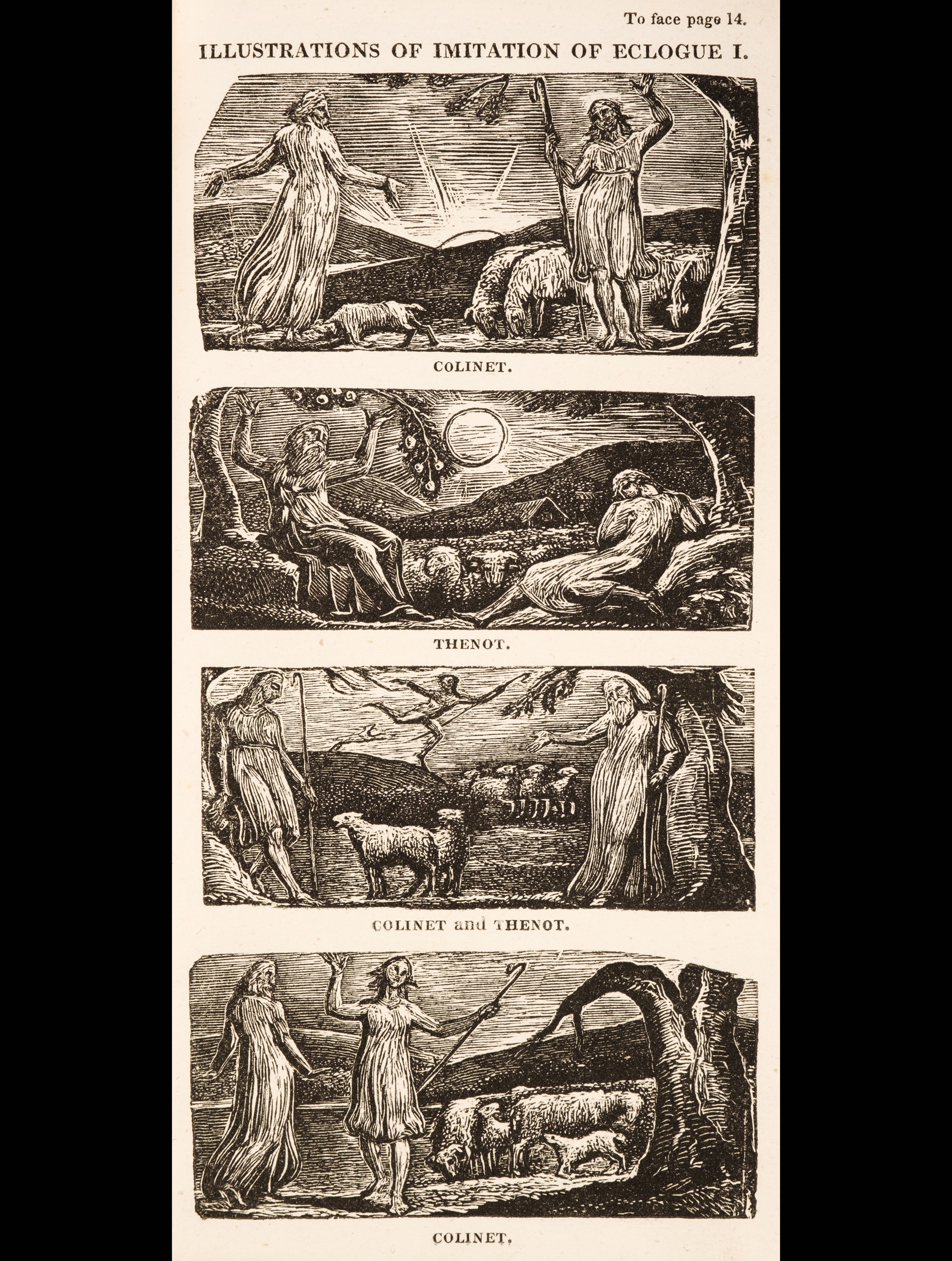 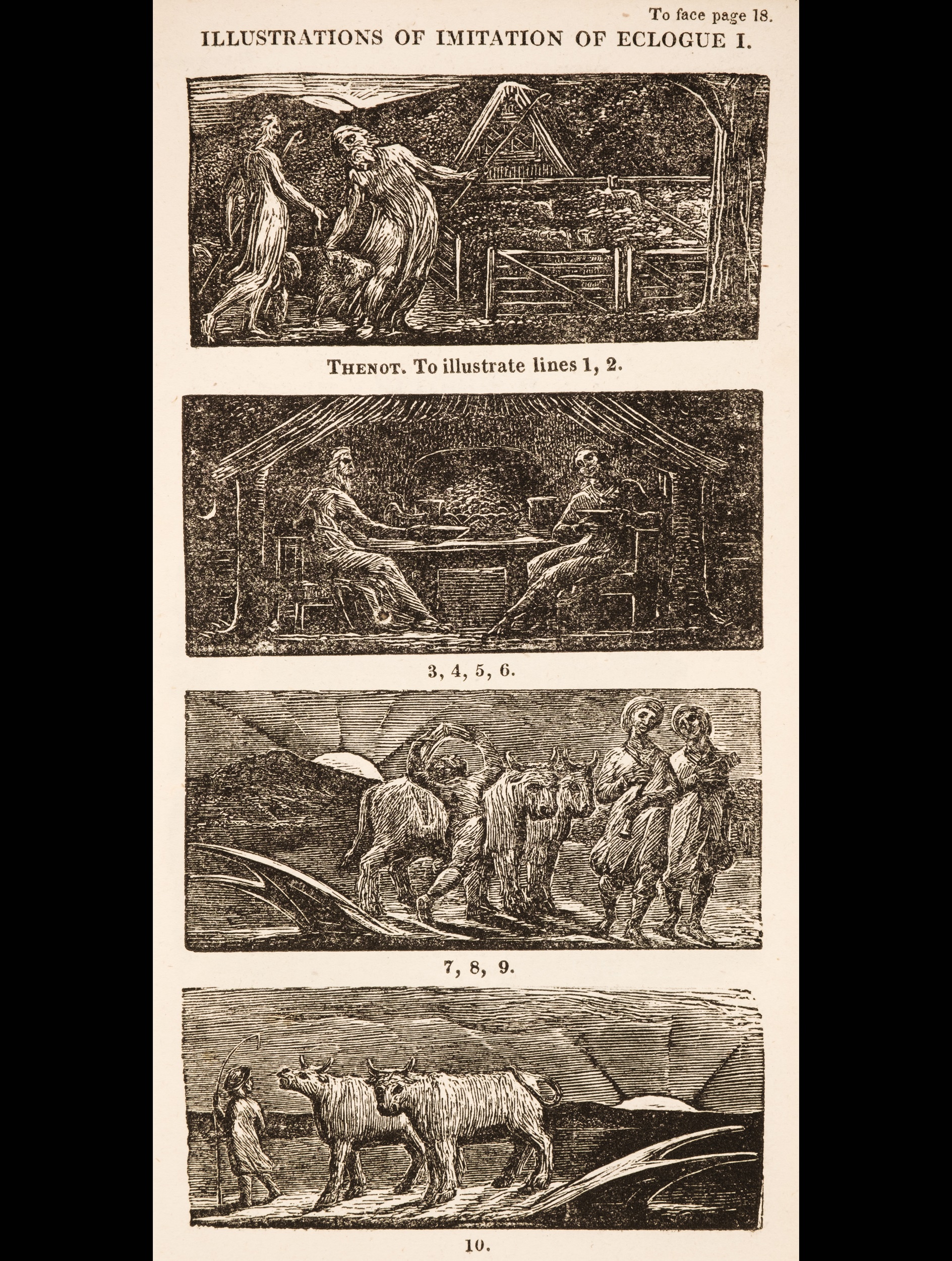 Nathan Winter offers an insight into their significance

Amongst numerous works spanning the Italian Renaissance up to the 20th century, included in our Fine Art sale on 9 March 2022, Dominic Winter Auctioneers are excited to offer at auction the original 1821 edition of Thornton's Virgil, containing all seventeen of William Blake's remarkable engravings made to illustrate the First Eclogue of Virgil in the version composed by Ambrose Phillips. These small, highly original, deeply felt pastoral scenes are regarded as the finest of Blake's pictorial musings on the subject, his final reflections in old age on the 'two contrary states of the human soul' first presented in Songs of Innocence and Experience of 1789-1794.

The unassuming sequence of images, densely packed with poetic feeling but alarmingly at odds with convention, impelled the publisher himself (unsure of their worth precisely because of their divergence from standard wood engraved work of the time), to add a preliminary printed note: 'The Illustrations of this English Pastoral are by the famous BLAKE, illustrator of Young's Night Thoughts, and Blair's Grave; who designed and engraved them himself. This is mentioned, as they display less of art than genius, and are much admired by some eminent painters.'.

They had an extraordinary effect on the important group of young artists, self-styled 'The Ancients', who were drawn into contact with Blake in his final few years: Samuel Palmer (1805-1881), Edward Calvert (1799-1883), George Richmond (1809-1896) and Francis Oliver Finch (1809-1862). This band of fellow artists settled together at Shoreham, where they shocked the locals with their unconventional dress, long hair and beards (shades perhaps of the 1960's and 1970's), and revered Blake. Palmer kept Blake's wood engravings to Virgil in frames on his cottage wall as a spiritual and artistic guide, noting in his private journal: 'models of the exquisitest pitch of intense poetry... intense depth, solemnity, and vivid brilliancy only coldly and partially describe them. There is in all such a mystic and dreamy glimmer as penetrates and kindles the inmost soul, and gives complete and unreserved delight, unlike the gaudy daylight of this world. They are like all that wonderful artist's works the drawing aside of the fleshly curtain...'

Although Palmer's assessment may reveal more about his own preoccupations than those of Blake himself, the intuitive understanding he offers of Blake's higher, spiritual purpose, is to the point. While illustrating the mundane account of the shepherd's lament provided by Phillips, Blake simultaneously subverts this neo-classical pastoral, and inserts his own reading, in which the role of the shepherd, or piper, is transformed into an image of the artist struggling with his role in society - a reflection of Blake's own experience. Moreover, the pictorial commentary on Virgil (transmuted through Ambrose Phillips) gives scope to Blake's broader (and often ironic) reflection on the myth of the pre-lapsarian world, first expressed in his Songs of Innocence and Experience.

As Kenneth Clark stated: 'A glowing imagination is compressed into these images, so that the longer one looks at them the more poetic inventions one discovers.' (Preface to The Wood Engravings of William Blake, Seventeen subjects commissioned by Dr Robert Thornton for his Virgil of 1821 newly printed from the original blocks now in the British Museum, British Museum Publications, 1977, page 8).